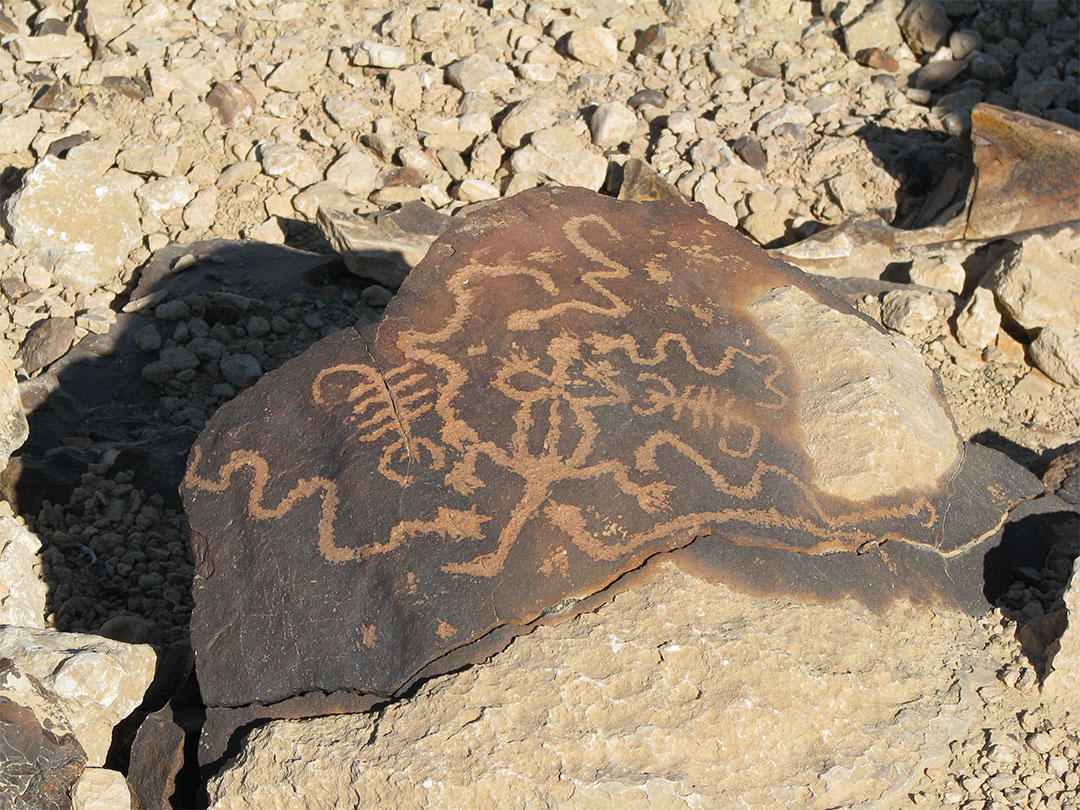 Was the location of Mount Sinai found?

Professor Emmanuel Anati developed a theory that Mount Karkom in the southwestern Negev, on the Israeli/Egyptian border, is the biblical Sinai mountain.

In December, during the short days of the year, there is an event where a light looks like a fire coming out of the rock - the ‘burning bush’.

The constitutive divine episode, in which the Torah was given to Moses and the people of Israel, was held on Mount Sinai. The location of Mount Sinai is not explicitly stated in the Bible. For years we know that Mount Sinai may be in Sinai – it might have been Jabel Musa (Moses Mountain, in Arabic), Jabel Hilal, or other mountains.

Prof. Anati, an Italian Israeli archaeologist, has been digging on Mount Karkom for 30 years, claiming it is Sinai Mountain. Around the mountain are 1,300 archaeological sites and some 44,000 millennial rock paintings, mostly on the mountain. Some of the supportive findings within the paintings are a temple built of 12 unhewn stones, as the number of tribes of Israel, facing east. A rock painting reminiscent of the Tablets, a painting reminiscent of the Menorah - seven-cane lamp, a snake painting with a wooden club, the location of the mountain on the way from Kadesh-Barne’a, within walking distance of 11 days, and more.

There is no doubt that the mountain holds a unique sanctity. It has been a pilgrimage site for thousands of years and has been frequented by members of many civilizations.

The phenomenon was discovered several years ago; It is hard to describe it in words; it should be seen. In the afternoon of December, a glowing aura of light, which looks like fire, emanates from an opening in a rock, illuminating the edges of the rock with yellow-orange color. This climax of this glowing takes place on December 21, the shortest day of the year, at noon.

“Now Moses was tending the flock of Jethro his father-in-law, the priest of Midian. And he led the flock to the back of the desert and came to Horeb, the mountain of God. 2 And the Angel of the Lord appeared to him in a flame of fire from the midst of a bush. So he looked, and behold, the bush was burning with fire, but the bush was not consumed” (Exodus 3:1-2).

A trip to the Mount Karkom area is not easy. Most of the archeological sites or the rock paintings on the mountain are very hard to find. Without knowledge of the area and a guide familiar with the mountain - many of these sites would probably not be visible and clear on the surface. Desert archeological sites from the Paleolithic, Neolithic, Chalcolithic, and Bronze periods are not impressive. You should bear in mind that open desert temples, such as Mount Karkom, cannot be compared with classical temples of Greek and Roman cultures.

Mount Karkom and its surrounding area have about 1300 archaeological sites from the Paleolithic period to the later Arab period. Most of the findings are attributed to the Middle Bronze Age. About 44,000 rock paintings were also found. This is a rare concentration in quantity for such a small area. An archeological site in the middle of the desert might often be two stones standing on its side, or a low stone wall. There are no substantial impressive sites in the desert. Desert archeology is minor. One needs to adjust his mindset to understand the findings. Most of the archaeological sites have been surveyed around the mountain, while most of the rock paintings are on the mountain itself, usually around the places where there was pasture for the flock.

How to get there -

It must be remembered that the mountain is in a military training and fire area, so it can only be reached ONLY on weekends and holidays (when there are no army training). One must come from the east, through the Zihor and Faran streams. It is only possible to reach using 4X4 vehicles.  Park in the overnight car parking. Due to the long trip to the area, accommodation at the foot of the mountain should be considered. 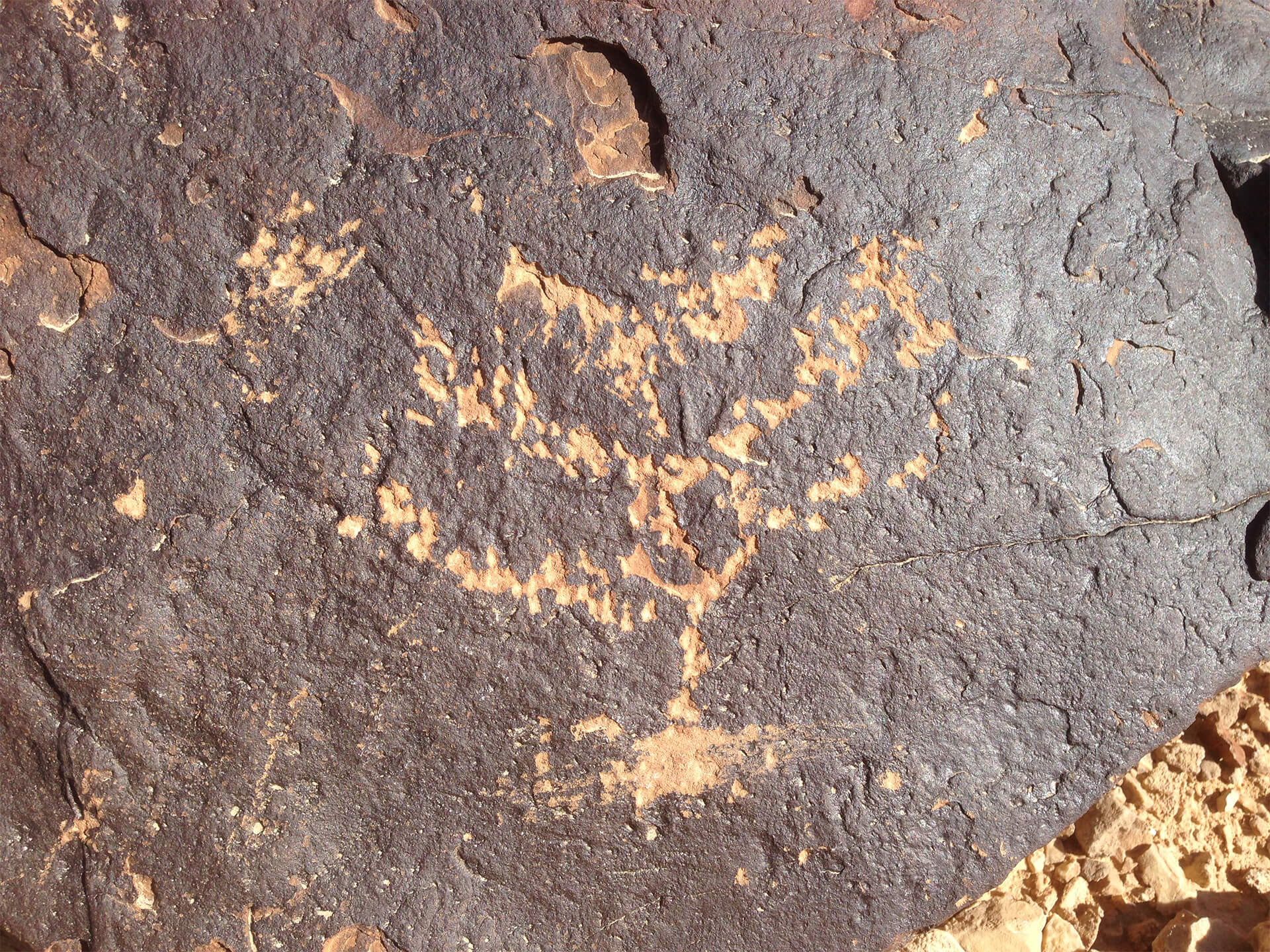 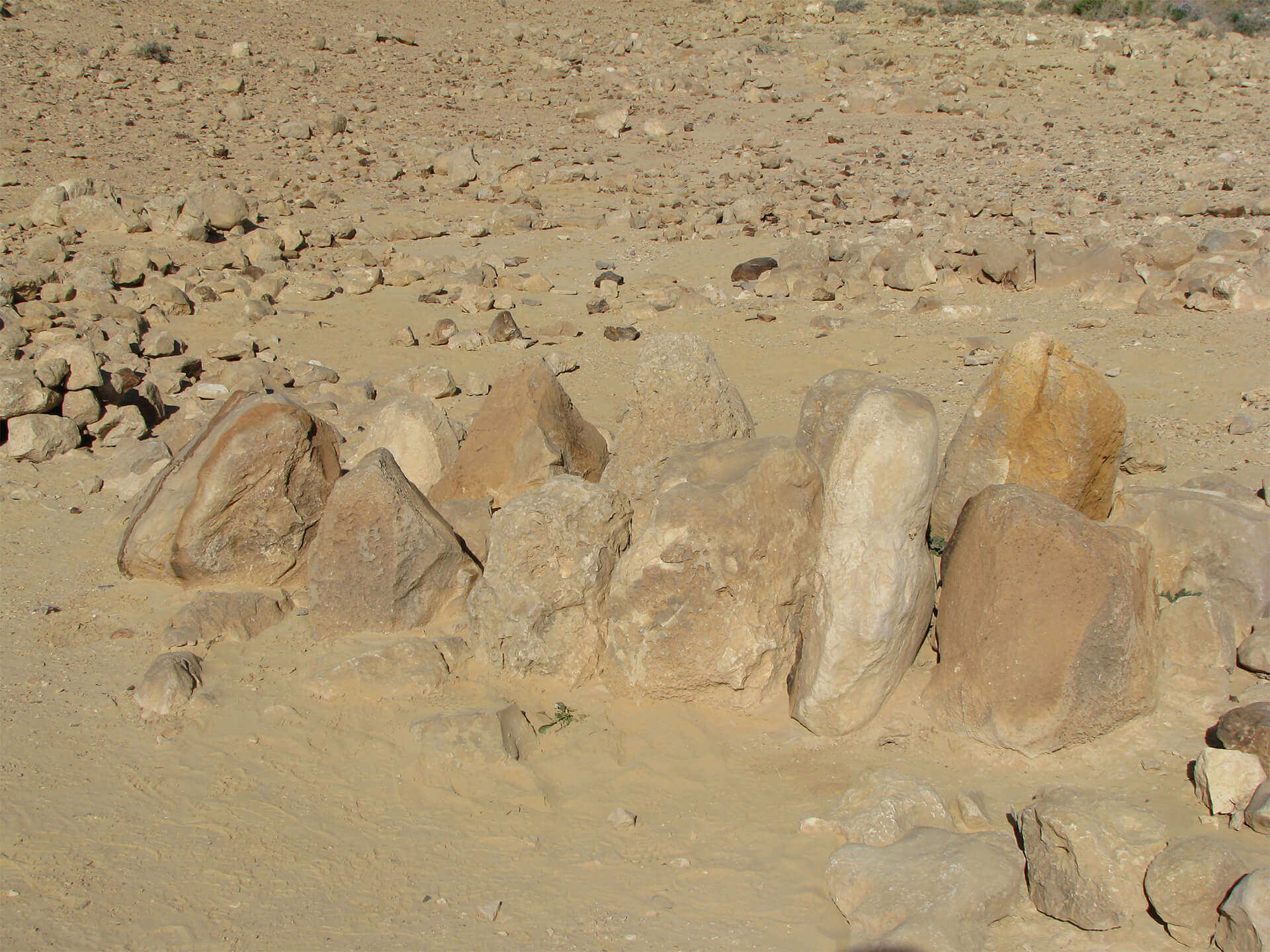 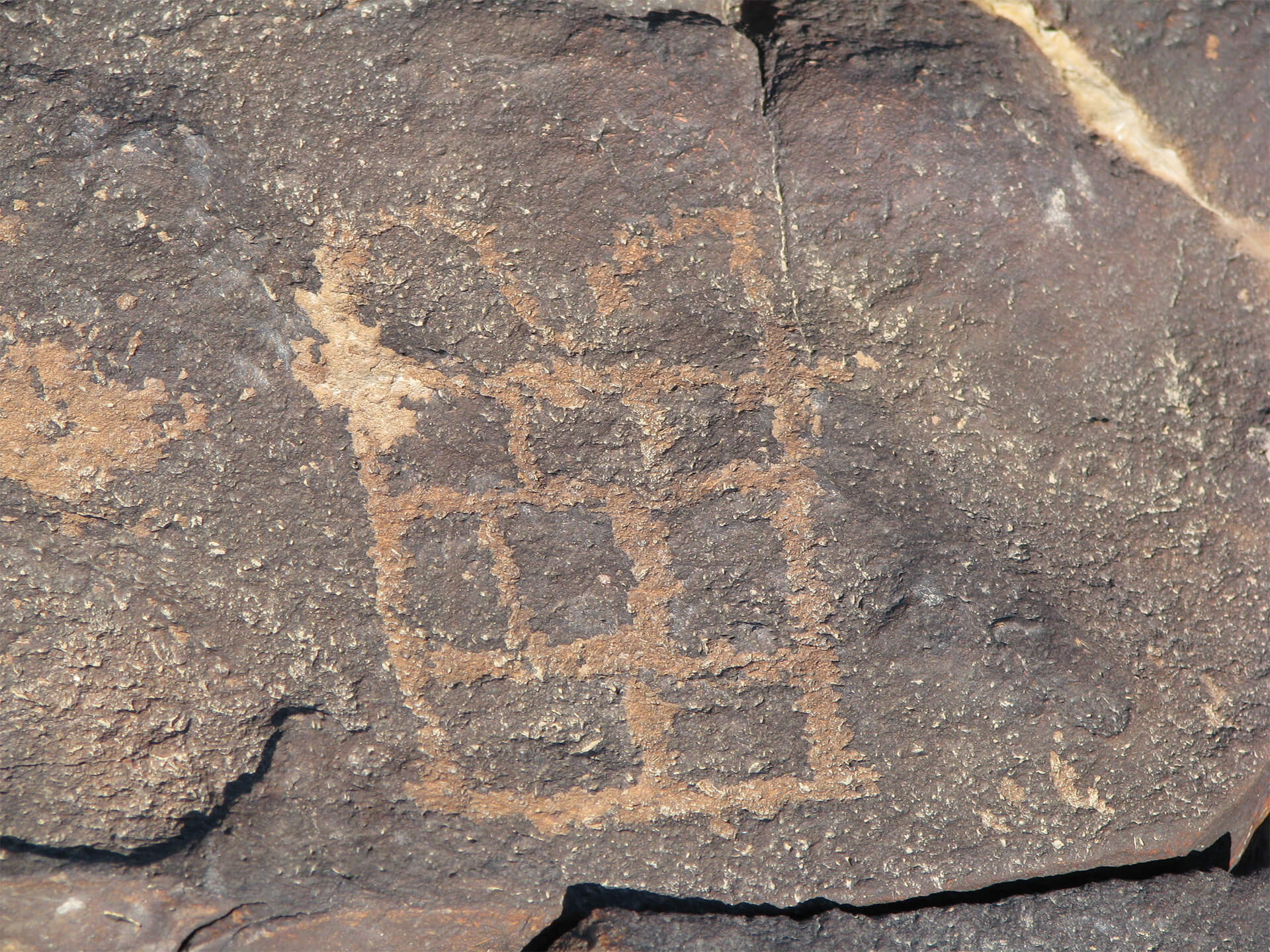 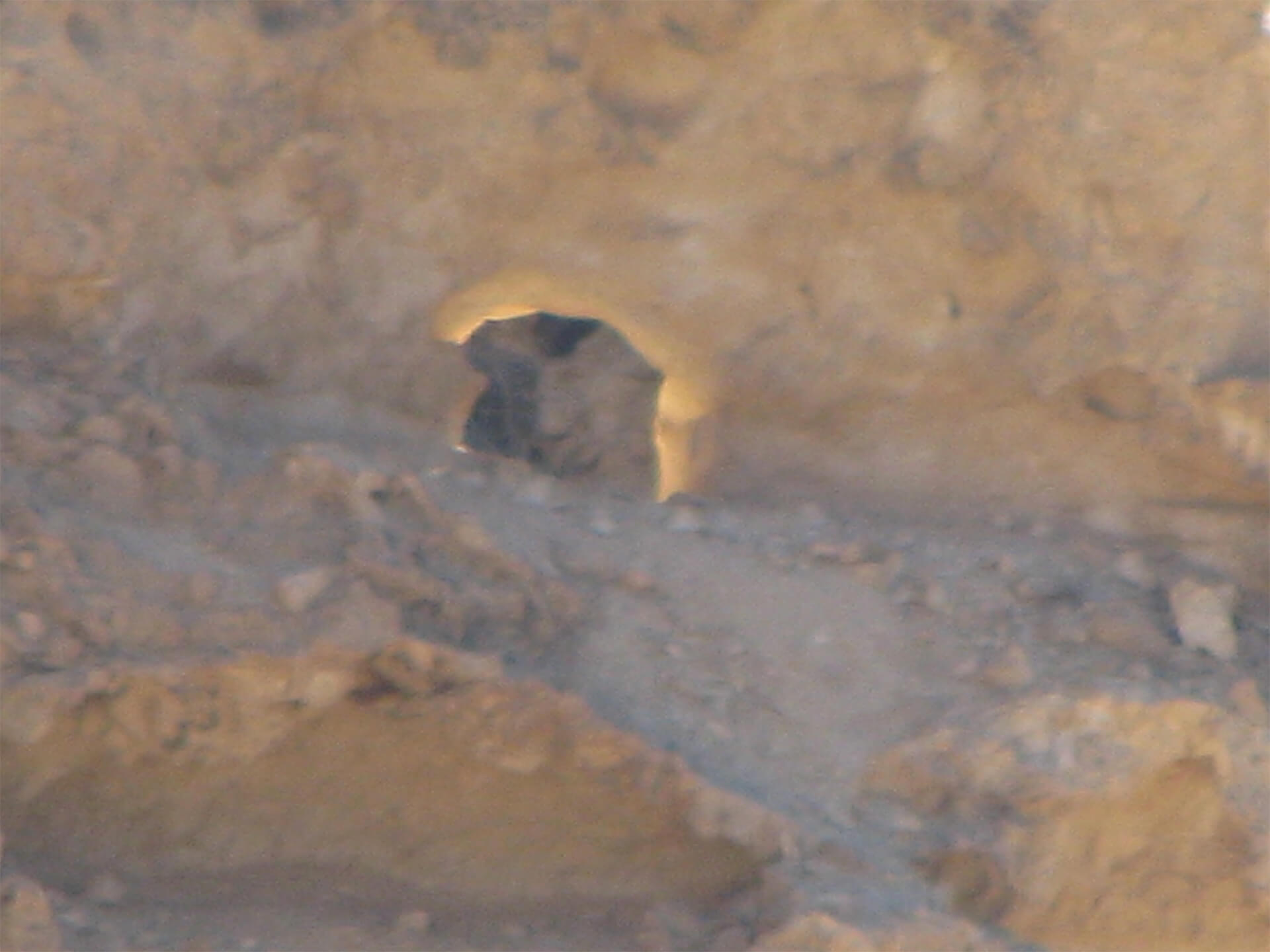 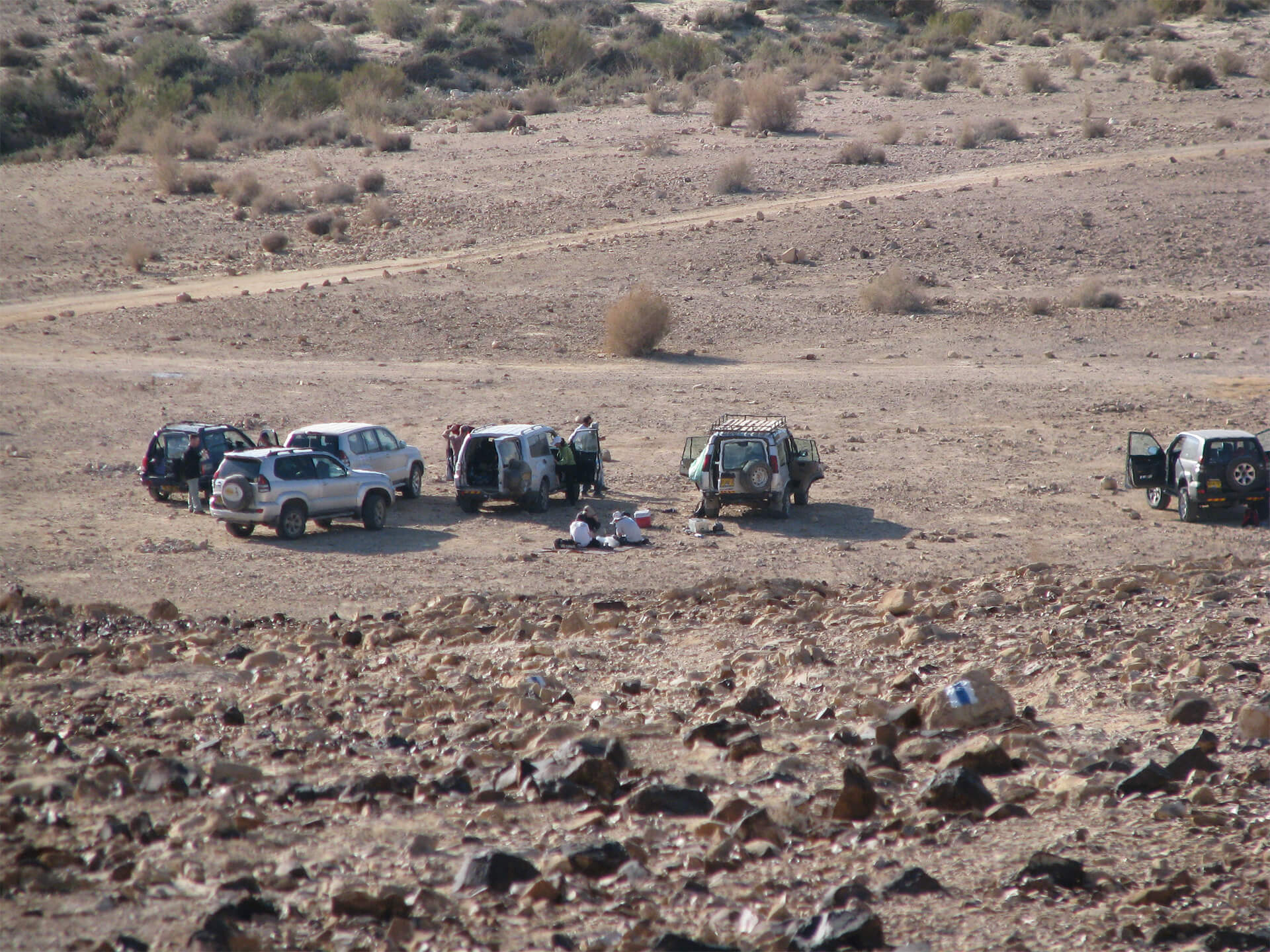 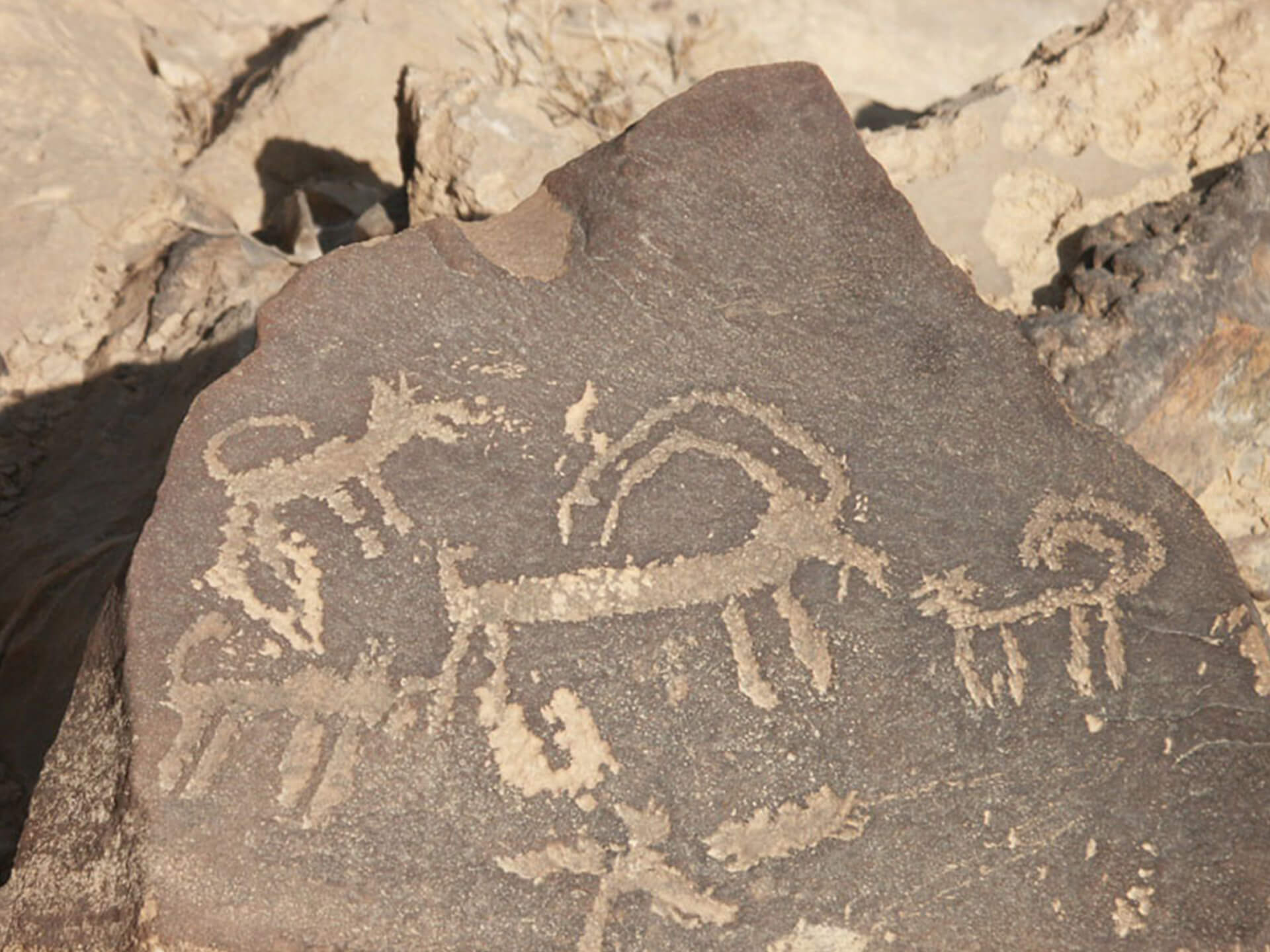 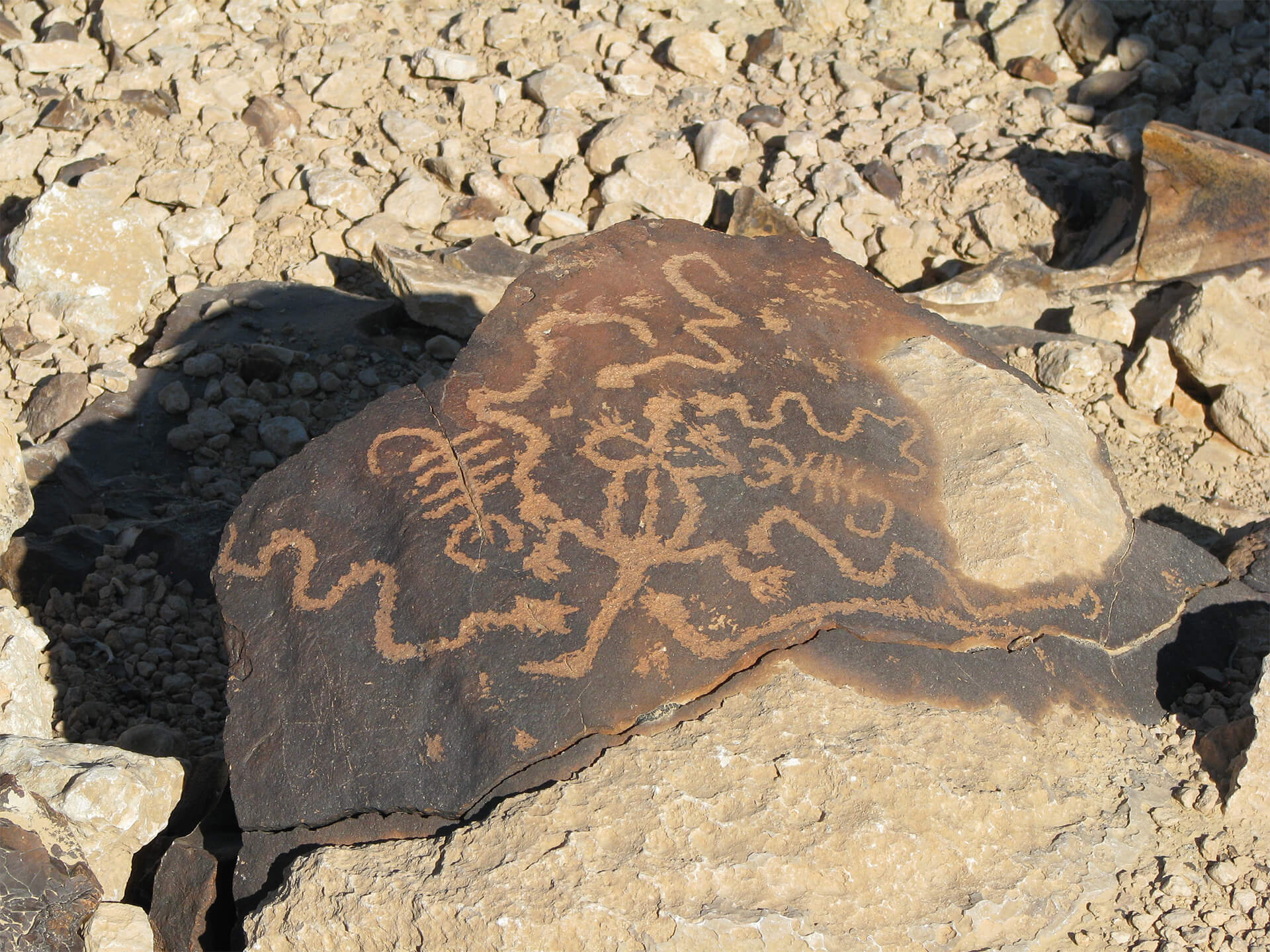